Since the high marginal rates of the late ’50s are very hot among the tax hikers, I’ve added these links to my collection:

Below I’ve excerpted a good discussion of the former from Tim Taylor, the Conversable Economist.  The actual revenue raised is interesting, but those claiming this was more progressive should pay attention to the percents and shares at the bottoms of these charts. A huge chunk of the population at the lower end of the return spectrum is paying a much lower rate (and that doesn’t include transfer payments and benefits, which have grown).  And you can’t make the argument that there has been a broadening of the income tax base. Just the opposite has happened.  The scale has fallen across the board and way more people at the lower end, with a much larger share of potential revenue, have benefited.  Whatever else may be said about the top 1, 0.1, or 0.01%, the system is far more progressive today.  Golden age? 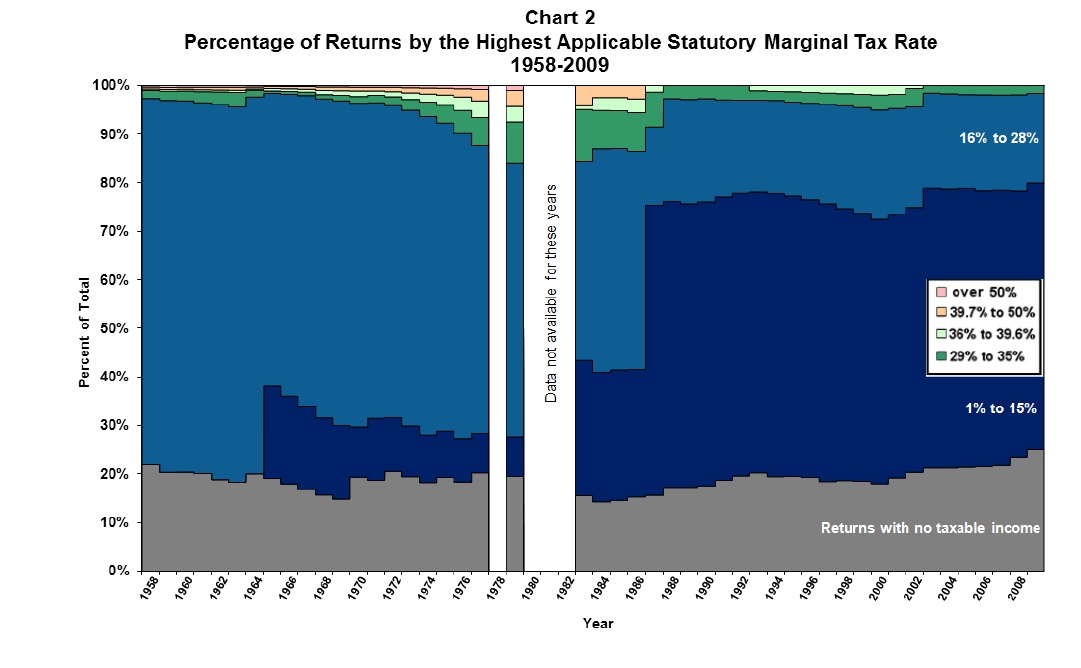 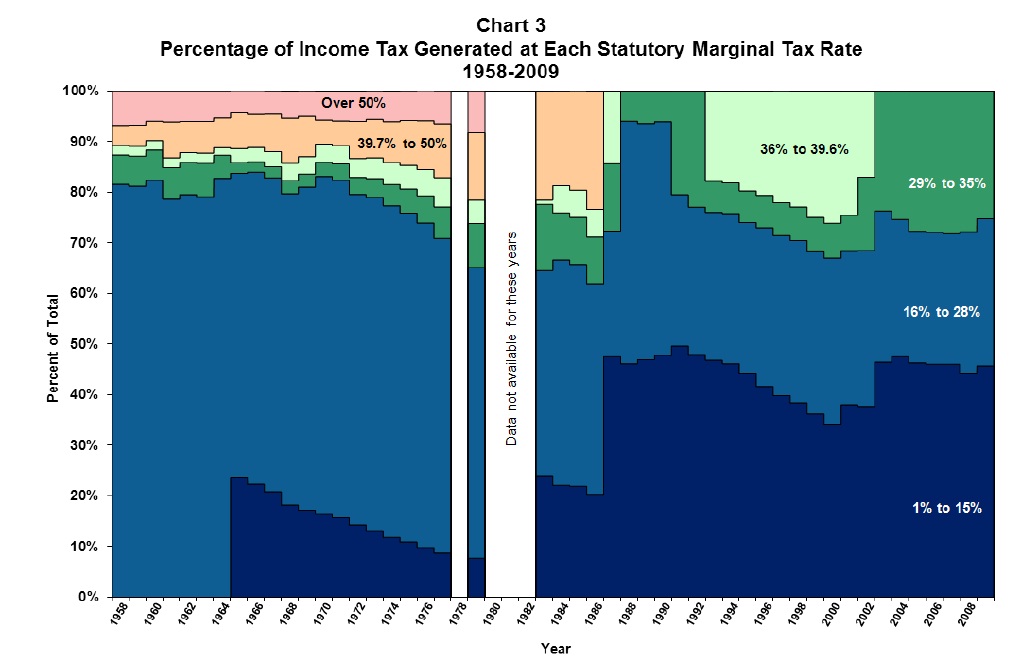 1) Perhaps it goes without saying, but there’s no reason to think that 1958 was the high point of social wisdom when it comes to tax policy. In addition, the economy has evolved considerably since 1958: talent and tasks are probably more mobile, and methods of categorizing income in ways that affect tax burdens have become more sophisticated. Also, the distribution of income has become much more unequal in recent decades, and so arguments over the appropriate share of taxes to be paid by those in the top income groups have evolved as well.

2) Raising tax rates on those with the highest incomes would raise significant funds, but nowhere near enough to solve America’s fiscal woes. Baneman and Nunns offer this rough illustrative estimate: “If taxable income in the top bracket in 2007 had been taxed at an average rate of 49 percent, income tax liabilities (before credits) would have been $78 billion (6.7 percent of total pre-credit liabilities) higher, taking into account likely taxpayer behavioral responses to the rate increase.” The behavioral response they assume is that every 10% rise in tax rates causes taxable income to fall by 2.5%.

3) If one wants to use the 1958 example as a precedent, it would be fair to point out that the lowest-bracket income tax rates are a fairly new development, as of the mid-1980s. One could also use the example of 1959 to argue that many more taxpayers in the broad range of lower- and middle-incomes should face marginal federal tax rates in the range of 16-28%.